15 movies from major directors that never made it to screen 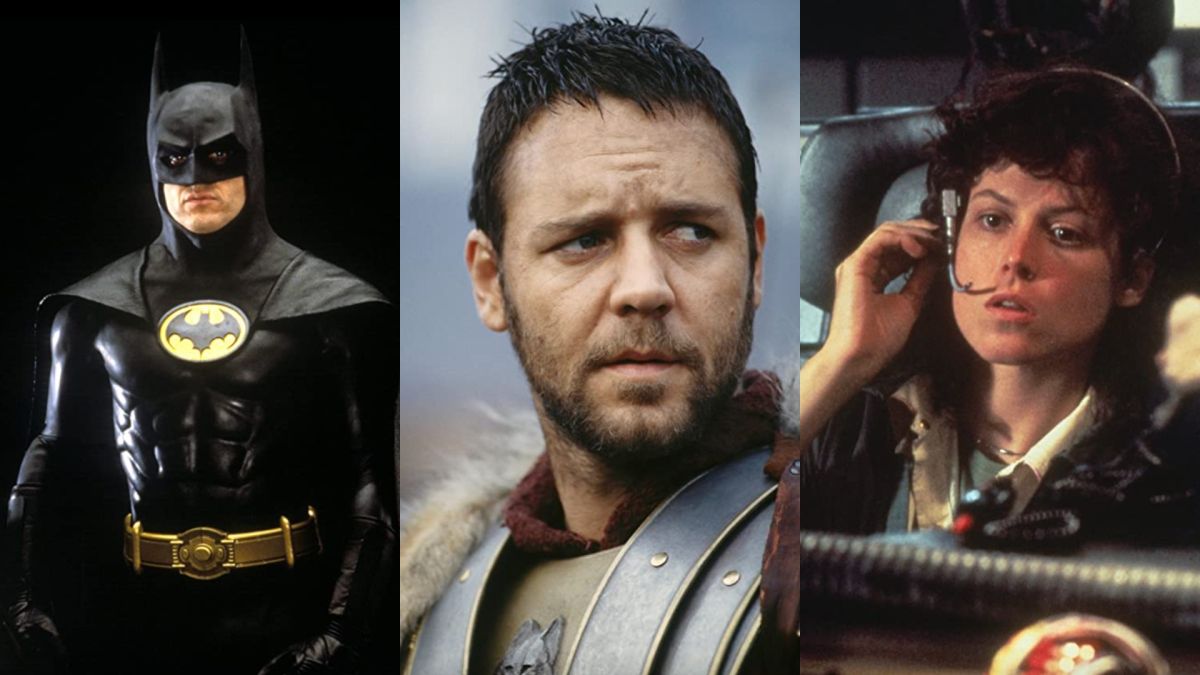 Nearly every director has the one that got away – that is, a movie that never made it to the big screen. We often hear about projects that languish for years in development hell, waiting for the right timing or funding to come along before they’re finally made. Often, these movies never end up seeing the light of day at all.

There are several reasons why a movie may never get the green light – sometimes it’s due to endless delays in production, sometimes it’s due to creative differences between the parties involved, and sometimes Hollywood studios just decide to go in another direction. We’ve put together a list of the 15 biggest titles from all your favorite directors that didn’t make it to the big screen, from Sofia Coppola’s Little Mermaid to George Miller’s Justice League.

Stanley Kubrick planned to make a biographical movie about Napoleon Bonaparte after 2001: A Space Odyssey, with Jack Nicholson set to play the titular role and Audrey Hepburn as Kubrick’s first choice to play Napoleon’s wife, Josephine. Kubrick did years of research on the Frenchman, but the movie was never made due to the high costs of filming on location (though you can read the script right here). Ridley Scott is set to make his own Napoleon biopic, Kitbag, with Joaquin Phoenix as the French military leader – hopefully this one gets made.

Tim Burton’s take on Superman would have seen Nicolas Cage as Clark Kent, while Christopher Walken was his pick for Brainiac and Chris Rock was cast as Jimmy Olsen. Sandra Bullock and Courteney Cox were both approached to play Lois Lane. Burton was familiar with DC characters, having previously directed Batman and Batman Returns with Michael Keaton as the Caped Crusader. After several delays to production, Burton left the project to direct Sleepy Hollow.

A sequel to Gladiator has been in the works, in one form or another, since 2001. The latest version of the script was reportedly set around 25 years later and centered around Lucius, the son of Lucilla (Connie Neilsen). He was played by Spencer Treat Clark in the original movie. A previous script written by Nick Cave saw Maximus (Russell Crowe) in purgatory and sent to fight throughout history in the crusades and World War II.

In the late ’90s, Kathryn Bigelow started working on Company of Angels, a movie about Joan of Arc. However, when Luc Besson came on board to provide funding, he demanded that his partner Milla Jovovich played Joan of Arc – Bigelow wanted Claire Danes to play the role, and the project fell apart. Besson later made his own Joan of Arc movie, The Messenger: The Story of Joan of Arc, and Bigelow filed a lawsuit against him for breach of contract.

In 2015, District 9 filmmaker Neill Blomkamp was announced to be directing a new Alien movie starring Ellen Ripley herself, Sigourney Weaver. However, production on the film never went ahead as it was put on hold and then canceled in favor of another prequel, itself a sequel to Alien: Covenant thought to be titled Alien: Awakening. That was also later canceled. It’s a shame Blomkamp’s movie remains unmade, because concept art for the movie looks pretty impressive, showing off luscious ecosystems and towering alien structures.

At the Mountains of Madness – Guillermo Del Toro

Guillermo Del Toro has always wanted to direct At the Mountains of Madness, an adaptation of the novella of the same name by H.P. Lovecraft. Originally published in 1936, it tells the story of a disastrous expedition to Antarctica. Despite eventually getting James Cameron on board as producer and casting Tom Cruise, the movie never went ahead as Del Toro was adamant that it would be R-rated, whereas studios wanted PG-13.

After Romeo + Juliet and Moulin Rouge, Baz Lurhmann planned to make a movie about Alexander the Great with a script by The Usual Suspects screenwriter Christopher McQuarrie. Leonardo DiCaprio was set to play the titular character, with Nicole Kidman as his mother (hopefully in flashback scenes, as Kidman is only eight years older than DiCaprio…). However, the project stalled, and filmmaker Oliver Stone made his own version starring Colin Farrell and Angelina Jolie.

Wonder Woman director Patty Jenkins was supposed to helm a movie about a female assassin, which was set to be her second movie in the director’s chair after 2003’s Monster. In fact, Jenkins wouldn’t direct another movie until Wonder Woman in 2017. Sweetheart was set to revolve around a woman trying to escape the murder business who finds herself right back in the mix after a high school reunion and a one night stand.

George Miller started to develop a live-action Justice League movie in 2007, but the project was ultimately scrapped. D. J. Cotrona was cast as Superman, while Armie Hammer was set to play Batman and Megan Gale was cast as Wonder Woman. Other cast members included Adam Brody as The Flash and Jay Baruchel as villain Maxwell Lord. However, after the success of The Dark Knight in 2008, Warner Bros. decided to focus on solo movies about the main heroes instead.

After Total Recall was released in 1990, a script was written for a sequel starring Arnold Schwarzenegger’s character Douglas Quaid as a reformed law enforcer. The movie was set to be based on the short story Minority Report by Philip K. Dick, which takes place in a future where crimes can be solved before they’re committed. A movie with the same name was eventually released in 2002, directed by Steven Spielberg.

At one point, Quentin Tarantino was considering making The Vega Brothers (later titled Double V Vega), a movie about Vic Vega, AKA Mr Blonde (Michael Madsen) from Reservoir Dogs and Vincent Vega (John Travolta) from Pulp Fiction. However, as both characters die in their respective movies, The Vega Brothers would have had to be a prequel, and Tarantino decided Madsen and Travolta were too old for the project.

Lynne Ramsay’s take on Moby Dick, the tale of a sea captain driven mad by his hunt to destroy the whale who took his leg, never made it to the big screen. The director of We Need to Talk About Kevin’s adaptation of the classic novel, titled Mobius, would have been set in space and the whale would have been replaced by an alien. Ramsay described the movie as “psychological” and “claustrophobic” back in 2011.

Spike Lee has described making a biopic of baseball player Jackie Robinson as a “dream project”. He planned to re-team with Malcolm X star Denzel Washington for the movie, but, by the time Lee completed the script, Washington said he was too old to play Robinson and the project never came to fruition. Robinson made history when he became the first African American player in Major League Baseball since 1884 when he joined the Brooklyn Dodgers in 1947.

Steven Spielberg came up with the idea for Night Skies after making Close Encounters of the Third Kind in 1977 – the studio wanted a sequel, so he came up with the idea for this movie instead. He based the story on a family in Kentucky who claimed to have been terrorized by small alien creatures back in the ’50s. Material from the unmade movie later went on to inspire his movies Poltergeist and E.T. the Extra-Terrestrial instead.

In 2014, Sofia Coppola was announced to be helming a live-action retelling of The Little Mermaid. Rather than being a remake of the Disney animation, though, this would have been an adaptation of the original fairy tale, which is a lot darker. Coppola eventually left the project, however, as she felt she didn’t have enough creative control. Another live-action The Little Mermaid is now going ahead, with Rob Marshall directing and Halle Bailey playing Ariel.

For more listicles from the GamesRadar+ and Total Film teams, check out our pieces on the best horror movies and best sci-fi movies ever made.